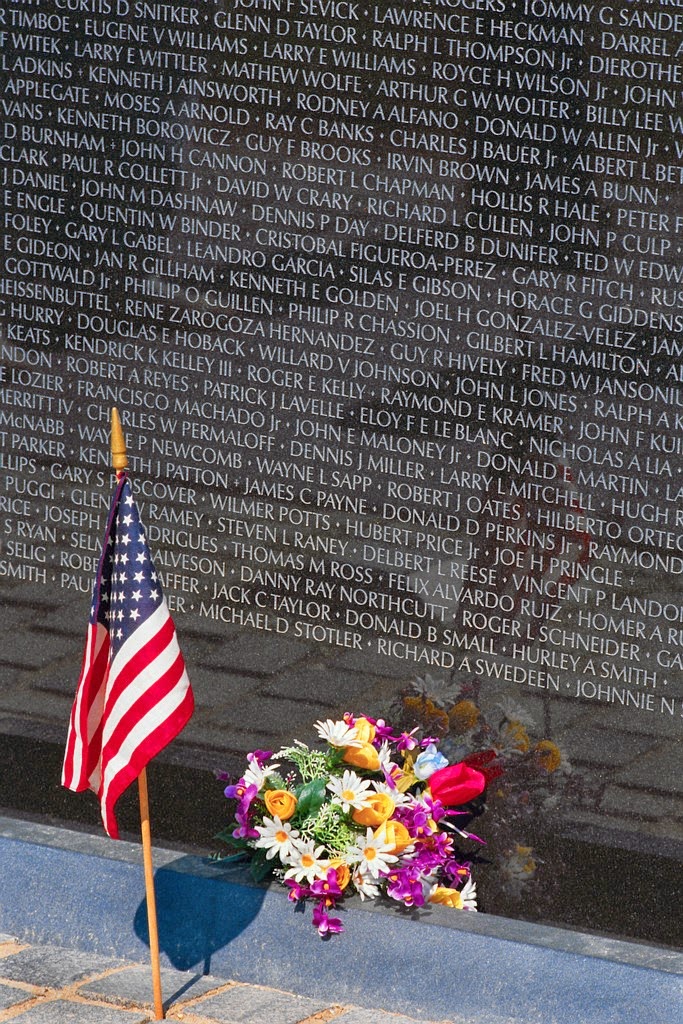 As I came out of the supermarket that sunny day, pushing my
cart of groceries towards my car, I saw an old man with the
hood of his car up and a lady sitting inside the car, with the
door open. The old man was looking at the engine. I put my
groceries away in my car, and continued to watch the old
gentleman from about twenty five feet away.

I saw a young man in his early twenties with a grocery bag in
his arm walking towards the old man. The old gentleman saw
him coming too, and took a few steps towards him.

I saw the old gentleman point to his open hood and say something.
The young man put his grocery bag into what looked like a brand
new Cadillac Escalade. He then turned back to the old man. I
heard him yell at the old gentleman saying:'You shouldn't even
be allowed to drive a car at your age.' And then with a wave of his
hand, he got in his car and peeled rubber out of the parking lot.

I saw the old gentleman pull out his handkerchief, and mop his brow
as he went back to his car and again looked at the engine.  He then
went to his wife and spoke with her; he appeared to tell her it would
be okay. I had seen enough, and I approached the old man. He saw
me coming and stood straight, and as I got near him I said, 'Looks
like you're having a problem.'

He smiled sheepishly, and quietly nodded his head.  I looked under
the hood myself, and knew that whatever the problem was, it was
beyond me. Looking around, I saw a gas station up the road, and
I told the old man that I would be right back.  I drove to the station
and went inside. I saw three attendants working on cars. I approached
one of them, and related the problem the old man had with his car.
I offered to pay them if they could follow me back down and help him.
The old man had pushed the heavy car under the shade of a tree and
appeared to be comforting his wife. When he saw us he straightened
up and thanked me for my help. As the mechanics diagnosed the
problem (overheated engine), I spoke with the old gentleman.

When I shook hands with him earlier, he had noticed my Marine
Corps ring and had commented about it, telling me that he had been
a Marine too. I nodded and asked the usual question, 'What outfit
did you serve with?'

He said that he served with the first Marine Division at Guadalcanal ,
Pelieliu, and Okinawa .  He had hit three of the worst ones, and retired
from the Corps after the war was over. As we talked we heard the car
engine come on and saw the mechanics lower the hood. They came
over to us as the old man reached for his wallet, but was stopped by
me. I told him I would just put the bill on my AAA card.

He still reached for the wallet and handed me a card that I assumed
had his name and address on it, and I stuck it in my pocket. We all
shook hands all around again, and I said my goodbye's to his wife.

I then told the two mechanics that I would follow them back up to the
station. Once at the station, I told them that they had interrupted
their own jobs to come along with me and help the old man. I said I
wanted to pay for the help, but they refused to charge me.  One of
them pulled out a card from his pocket, looking exactly like the card
the old man had given to me. Both of the men told me then that they
were Marine Corps Reserves. Once again we shook hands all around
and as I was leaving, one of them told me I should look at the card the
old man had given to me. I said I would and drove off.

For some reason I had gone about two blocks, when I pulled over and
took the card out of my pocket and looked at it for a long, long time.
The name of the old gentleman was on the card in golden leaf and
under his name was written: 'Congressional Medal of Honor Society.'
I sat there motionless, looking at the card and reading it over and over.
I looked up from the card and smiled to no one but myself and marveled
that on this day, four Marines had all come together because one of us
needed help. He was an old man all right, but it felt good to have stood
next to greatness and courage, and an honor to have been in his presence.

Remember, as we approach another Memorial Day, OLD men like
him gave you, and all of us, FREEDOM for America .

Thanks to those who served and still serve, and to all of those who
supported them, and who continue to support them.
America is not at war. The U.S. Military is at war. America is at the
Mall.

If you don't stand behind our troops, PLEASE feel free to stand in
front of them! Remember, Freedom isn't Free. Thousands have paid
the price, so that you can enjoy what you have today.

LET'S DO THIS: JUST 19 WORDS: GOD OUR
FATHER, WALK THROUGH MY HOUSE AND TAKE AWAY
ALL MY WORRIES; AND PLEASE WATCH OVER AND HEAL
MY FAMILY; AND PLEASE PROTECT OUR FREEDOMS, AND PLEASE ESPECIALLY
WATCH OVER OUR TROOPS AND PROTECT THEM, AS THEY ARE DEFENDING THOSE FREEDOMS.  IN JESUS POWERFUL NAME I PRAY, AMEN

***This was copied from an email that has made the rounds in the past. I, in no way, shape, or form take credit for this great story.