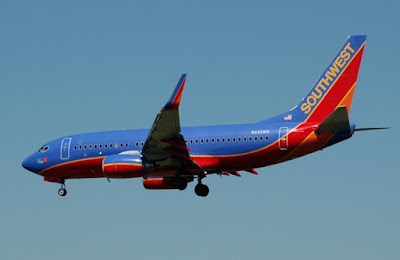 With our modern world in upheaval and so much negativity all over the news day in and day out, sometimes you just need to hear something good, something positive to renew your hope in the future.

That’s precisely what this story about what Southwest Airlines did for a passenger who a comatose son accomplishes, and why you absolutely need to hear it.

Southwest Airlines is being praised for going above and beyond the call of duty after a woman learned her son was in a coma after an accident.

Peggy Uhle was on a flight from Chicago to Columbus waiting to take off when the plane turned back to the gate and flight attendant asked her to get off.

“I figured I was on the wrong plane. The gate agent told me to check in at the desk and when I did she told me to call my husband,” Uhle told airline blog BoardingArea.com.

After checking in with customer service, Uhle learned her son, who lives in Denver, was in a coma after suffering a head injury. Even before Uhle disembarked, the airline had rebooked her–with no additional fees or service charges –on a non-stop to Denver that was leaving in two hours.

“They offered a private waiting area, rerouted my luggage, allowed me to board first, and packed a lunch for when I got off the plane in Denver,” Uhle told Boarding Area.

“My luggage was delivered to where I was staying, and I even received a call from Southwest asking how my son was doing.”

Uhle said her son is still recovering, but she’s thankful for the service she received calling it “second to none.”

When you see a company care so much for its customers, it makes you want to spend your money on their products and services.

This is further proof that not all corporations are bad — unlike the narrative progressives want us to believe — and that good things still happen to good people.