5 Knots Everyone Should Know 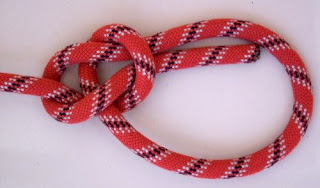 There are literally hundreds of knots you can learn, and they are all useful. But, throughout my research, I have noticed that there are five knots that are used the most. I think every survivalist should learn these five knots.

1. The Reef Knot (also known as a Square or Hercules knot)
The reef knot is an ancient and simple binding knot used to secure a rope or line around an object. This knot is formed by tying a left-handed overhand knot and then a right-handed overhand knot, or vice versa. 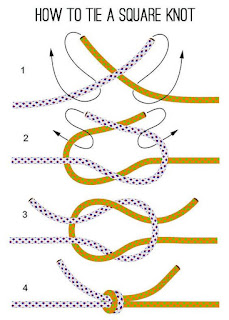 2. The Figure Eight Knot
The figure-eight knot is a type of stopper knot. It is very important in both sailing and rock climbing as a method of stopping ropes from running out of retaining devices. 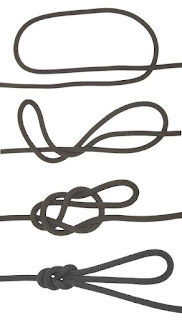 3. The Bowline Knot
The bowline knot is an ancient and simple knot used to form a fixed loop at the end of a rope. It has the virtues of being both easy to tie and untie; most notably, it is easy to untie after being subjected to a load. 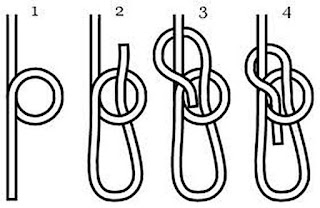 4. The Sheet Bend Knot (also known as Becket Bend, Weaver’s Knot, and Weaver’s Hitch)
The sheet bend knot is a bend, that is, a knot that joins two ropes together. Doubled, it is effective in binding lines of different diameter or rigidity securely together, although it has a tendency to work loose when not under load. 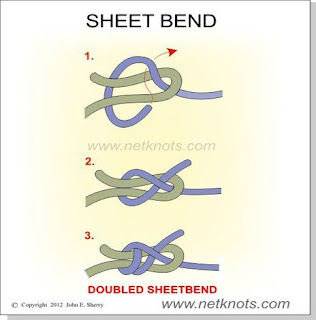 5. The Clove Hitch Knot (Also Known as the Double Hitch)
The clove hitch knot, along with the bowline and the sheet bend, is often considered one of the most important knots and is commonly referred to as a double hitch. A clove hitch is two successive half-hitches around an object. It is most effectively used as a crossing knot. It can be used as a binding knot, but is not particularly secure in that role. 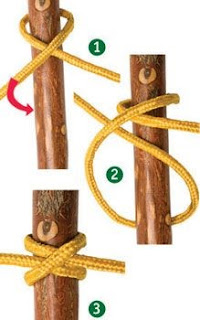 To learn more about other knots check out this article, 40 Essential Knots Every Survivalist Needs to Know.